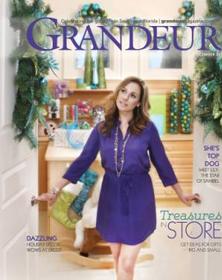 Kristen Weardon has dedicated over 30 years in helping others. She has chaired and ran many events, involved in organizations such as PACE and WIN. Both non-profit organizations, Kristen prides herself helping to promote emotional health, personal self-esteem, and empowerment for women by providing recovery programs, conferences, training programs and fundraisers.

Hoping to create the first east coast foundation office and re-energize the programs within the United States, Weardon would also like to see programs in every state in the country. Currently WIN has two offices in the US and six offices internationally, with three more scheduled to open next year.  “My plan in doing this is to re-educate public and private entities on the benefit of funding these programs,” she said.  “In poor economic climates, abuse rises by fifty to sixty percent, creating more of a need than ever. Workplace programs, college programs and placement programs need to be mandated, giving people the tools to deal with this displaced anger.”

Weardon’s thorough grounding in business management gained in her early years of real estate has given her the tools she needed to excel with diverse groups, companies, and organizations.  “The progression from business to charity was a seamless and natural one, bringing those countless different groups together for meetings of the minds and a shared knowledge of those in need of help,” she added.

A board member of the National Association of Realtors and WIN Foundation, Weardon is also a former board member of the Collier Athletic Club.  She was named Woman of the Year by the WIN Foundation in 2010, received a Spirit of Courage Award in 2008, Ms. Globe People’s Choice Award in 2009, was named Mrs. Florida Globe in 2007, received a Lifetime Achievement Awrad for Charity in 2007, was named Mrs. Florida USA in 2000, and was named Young Miss Florida in 1990.  In her spare time, Kristen enjoys working out, playing tennis, and watching movies.